A NASA astronaut has set a new record for spending the longest time in space. She spent 328 days on the ISS and returned back to earth on Friday after accomplishing the longest stay ever by a women in spaceflight.

On March 2019, Koch arrived in space along with the European astronaut Luca Parmitano and Alexander Skvortsov a Russian Cosmonaut. Its was a 11-month mission and they performed various experiments which includes studying the effects of microgravity.

Koch has broken double records, first as a member of the all – female spacewalk and now the single woman to stay in the space of the longest time.

Her long stay mission will provide NASA with all the needed information on how the weightlessness of space and gravity radiation upsets a female body. The science can assist the US space agency’s target of constructing a permanent station on the surface of the moon within the next 10 years.

Koch’s mission has broken the record of the longest single stay in the space, previously held by Peggy Whitson by NASA. She also attained a gender milestone similarly with fellow astronauts of NASA last October, that made news as well. 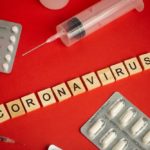 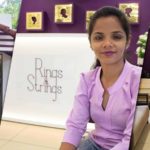