Wonder Woman stands for love, truth and power. And you cannot remember Diana without feeling fond towards her. She is one of the most personal characters of DC. That’s why when she was left heartbroken as Steve sacrificed himself in the first part, we felt for her. But the good thing is that there is a second part and there is also Steve in it. We don’t know how, yet. The Wonder Woman 1984 is allegedly about her huge fight with Cheetah. Cheetah possessed a shadow of power by agreeing to be the bride of Urzkartaga, the god of plants. When Urzkartaga refused to accept her as a bride, she was cursed.

The director has denied that Wonder Woman 1984 as a sequel to Wonder Woman. It is stated that it can be a stand alone film like that of James Bond without any continuation. According to the director, “it’s got great fun from the start and great big superhero presence from the start, and is funny and a great love story again, and a couple new unbelievable characters who I’m so excited about, who are very different than were in the last movie.” 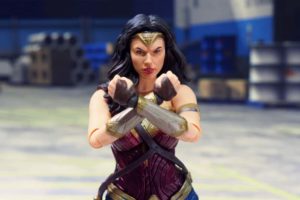 The trailer was released on early December 2019. It showed friendship between Diana and Barbara (cheetah) at the start. We know going to end bad even though the trailer did not hint anything like that. It’s only because we know Barbara is the Cheetah. However, the main focus was that Steve was back and that the tables have turned this time. It was shown as if Diana was teaching Steve about the world. The romance is back if not more. And there is action lots of it and yeah, the powerful new all golden suit for Gal Gadot.

Wonder Woman is the Most successful movie of the DC universe after the dark knight series. It stars Gal Gadot as Wonder woman(Diana) and Chris Pine as captain Steve Trevor. Kristen Wigg plays the antagonist Barbara Ann Minerva A. K. A Cheetah. It is directed by Patty Jenkins. It is set to release on 5th June 2020 after lots of speculations. Wonder Woman is the third highest grossing movie of 2017 and collected a whopping $389 Million at the box office. And so Wonder Woman 1984 has a lots of buzz to it. And fans are eager to find out if it’s up to the mark. 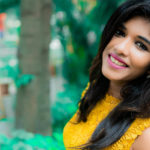 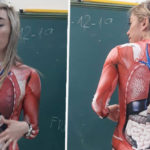