We all love to visit the beach and take in the humbling experience of staring into the ocean’s vastness as it touches the sky before vanishing beyond the horizon. A quite breezy evening on the beach is a perfect destination for a peaceful walk, with the soft sand beneath your toes. 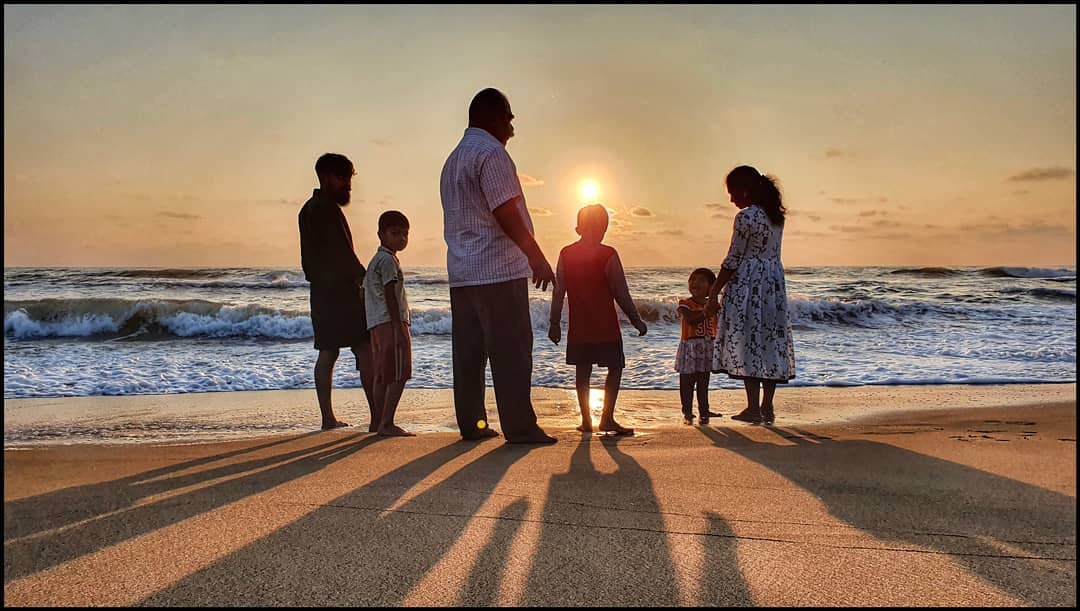 But what happens when this beautiful place is filled with glass bottles and other rotting garbage? Do you still experience the serenity you came for? 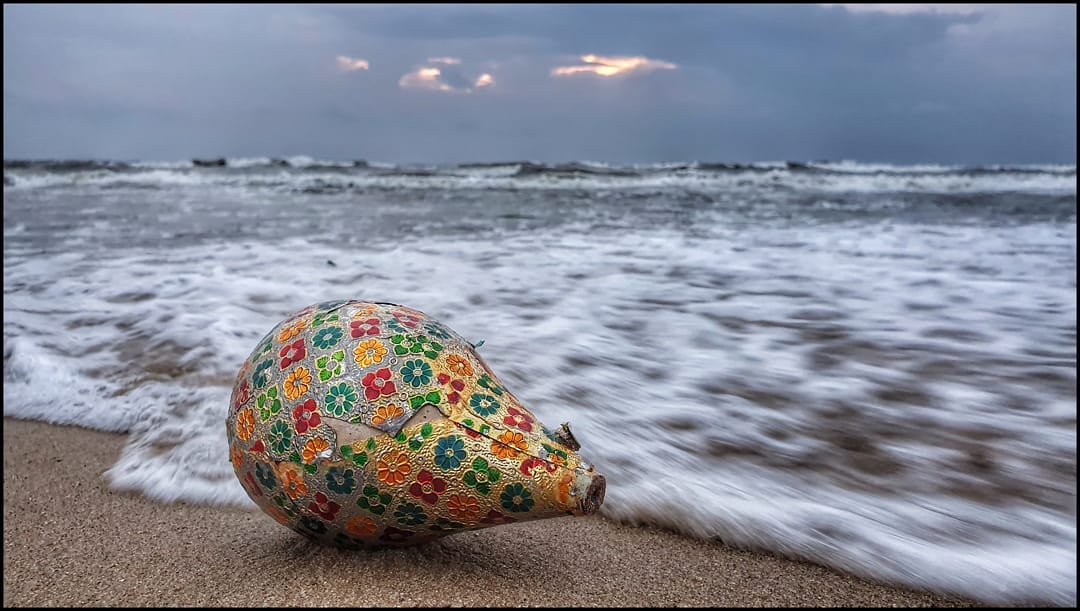 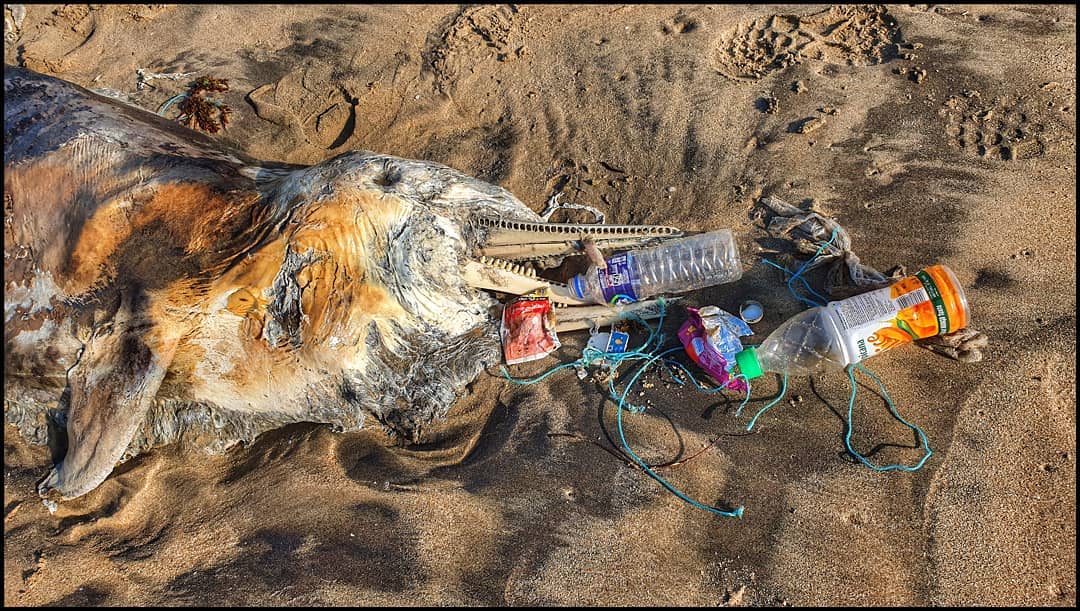 While many of us come to the beach to relax, there are others who visit the beach to make it a relaxing spot for everyone else, people like Virginie and her team of volunteers.

Virginie was born in Belgium and had lived there throughout her childhood, before moving to many countries throughout her adult years. Virginie lives in Chennai now, along the East Coast Road. 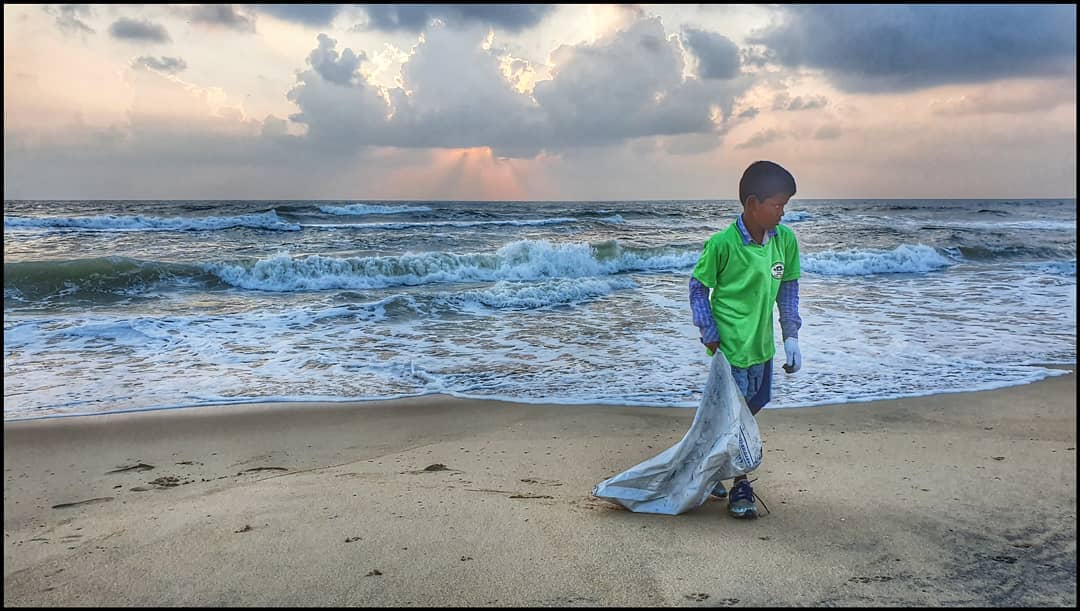 She has organized several beach cleans ups throughout the eight and a half years that she has resided in Chennai.

Virginie grew up in a household that taught their children the importance of environmental protection. It was this style of upbringing, where birthdays were spent cleaning up mangroves before the party began, that taught her a natural responsibility towards the protection of nature. 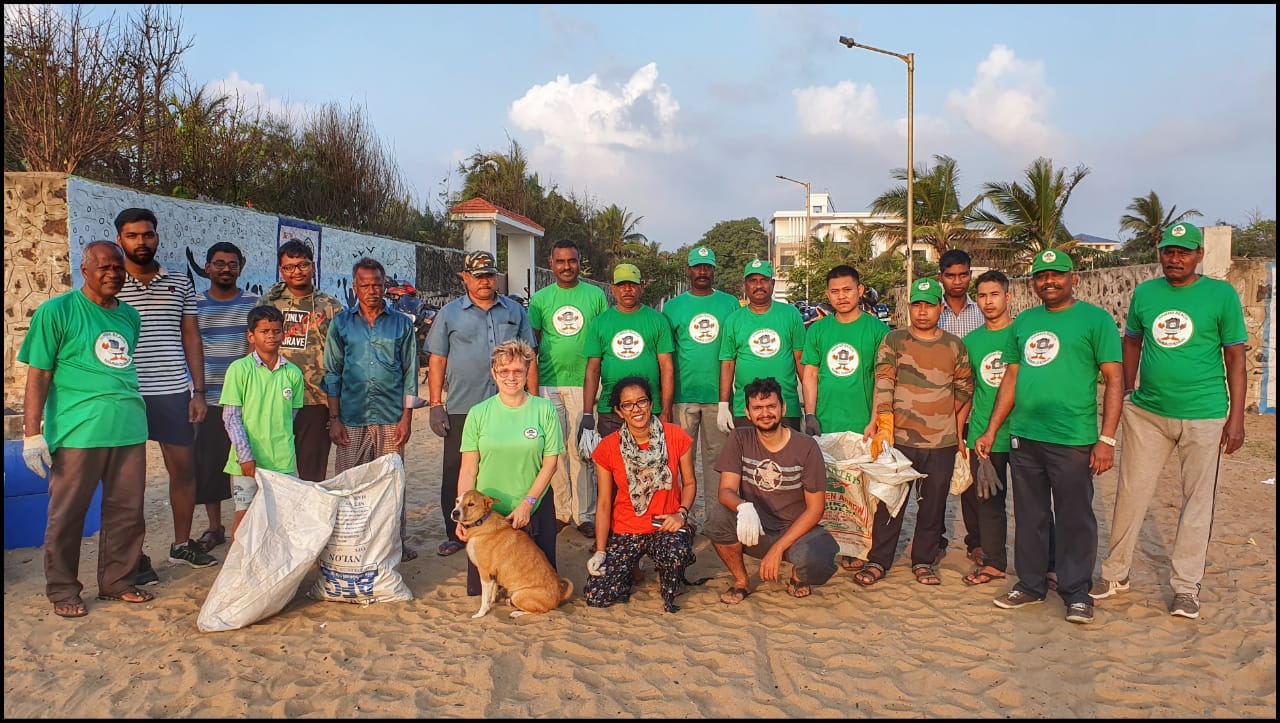 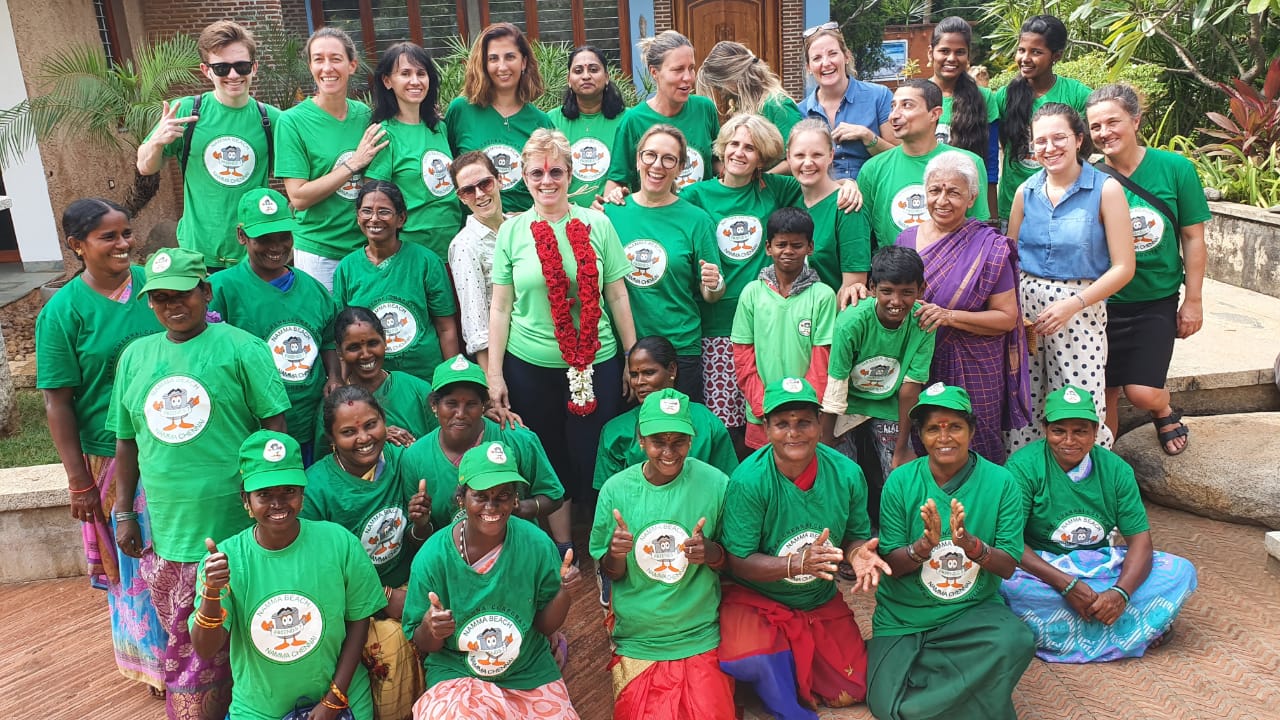 Their family was surrounded by likeminded people. She soon found herself as a member of the scouts. Here, they were taught to clean roads and maintain not only the environment but public property as well.

They weren’t exposed to the concept of plastic but teachers and guides had advised them against the use of the same.

As a teenager, Virginie was often seen wearing t-shirts that depicted extinct animals, not only because she was interested in a higher cause but also to spread awareness among others. 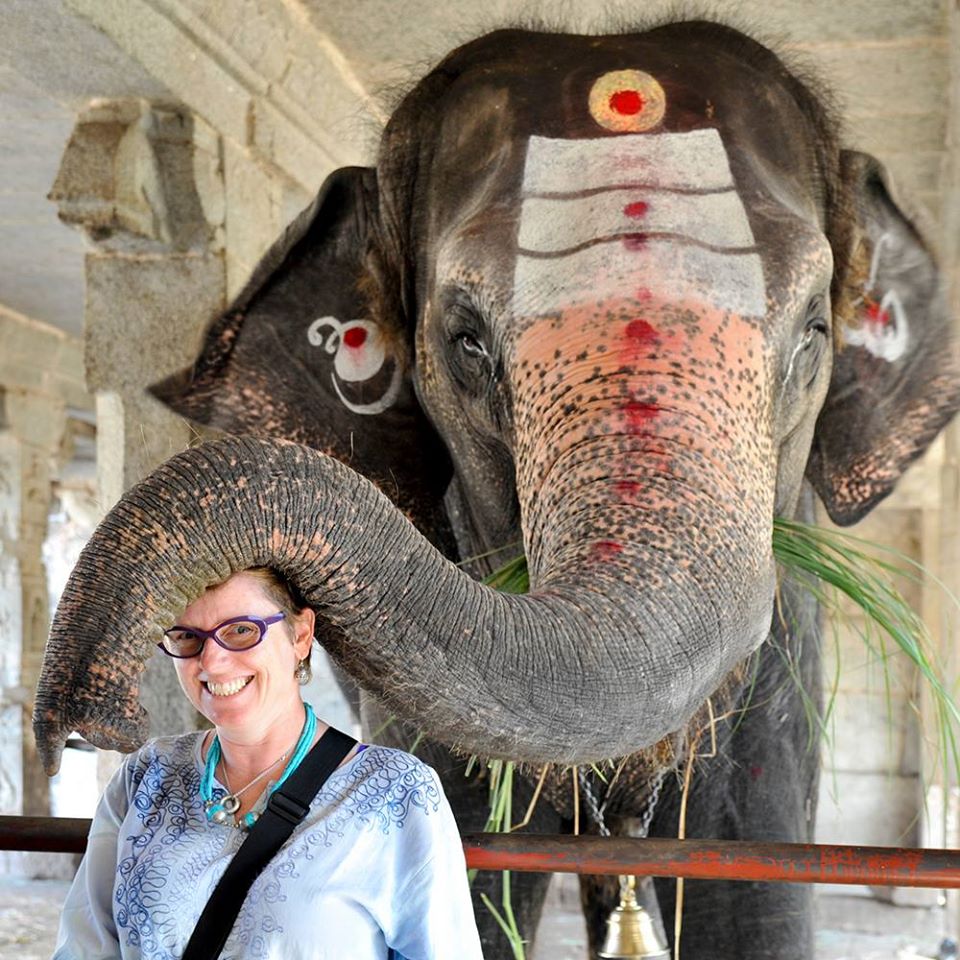 At the age of 23, She moved to Africa and began working for an NGO that dealt primarily with empowering women. Agricultural improvements were provided for local communities through the NGO and the importance of consuming a healthy diet was stressed. The lives of many children were improved through the NGOs efforts.

Later, She moved to Guinea and had both her children there, before moving again..

Her husband worked with a dredging company in Ghana and their family saw that there was a lot of pollution by the sea. This affected her peace of mind. 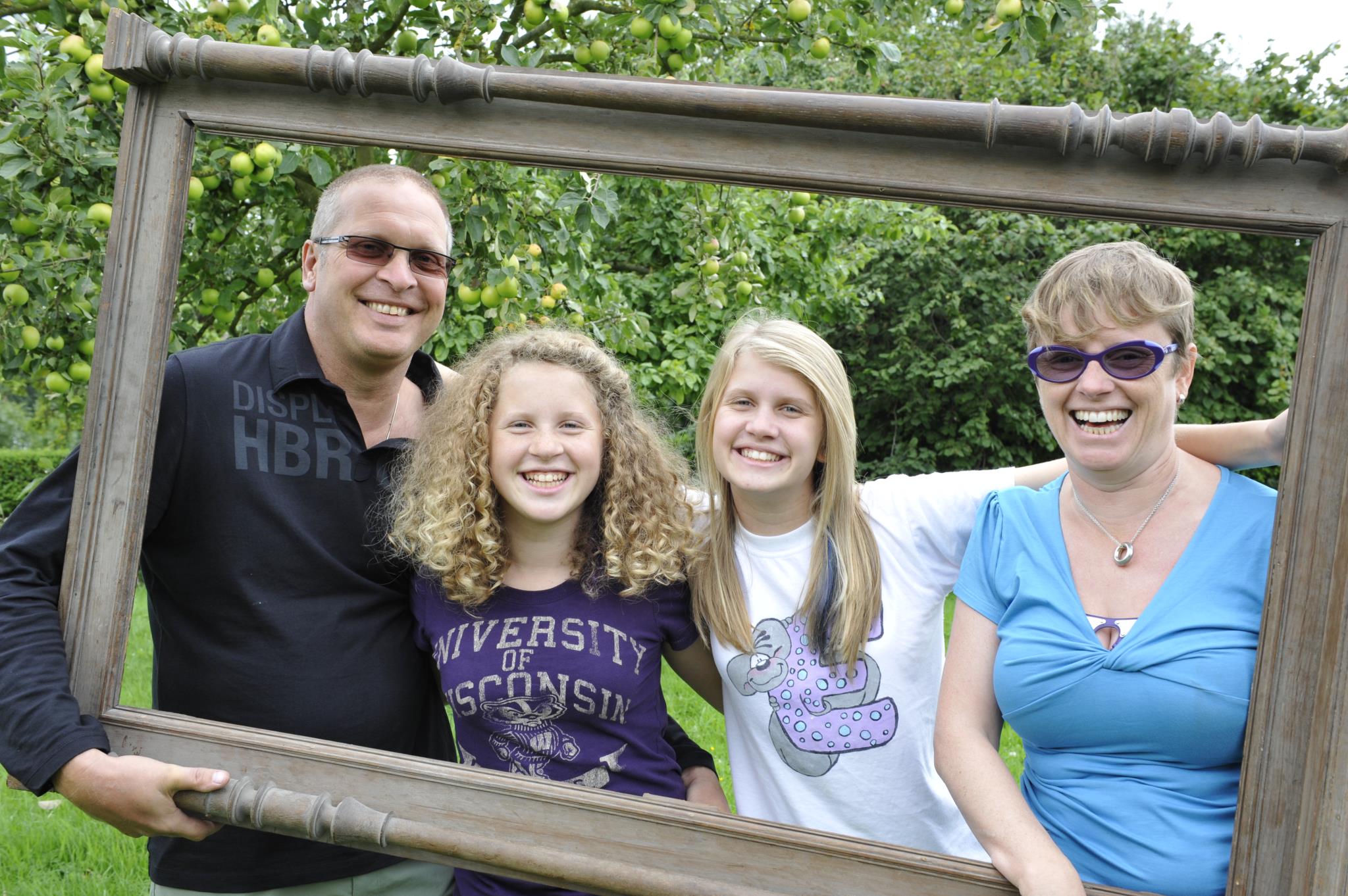 However, the family had to move to India and that is how she came to be a resident of Namma Chennai.

Now, Virginie spends many years working for the local beaches across the ECR coastline. Her team of volunteers has set up many waste bins and has spoken to many locals residing in the fishing communities nearby. 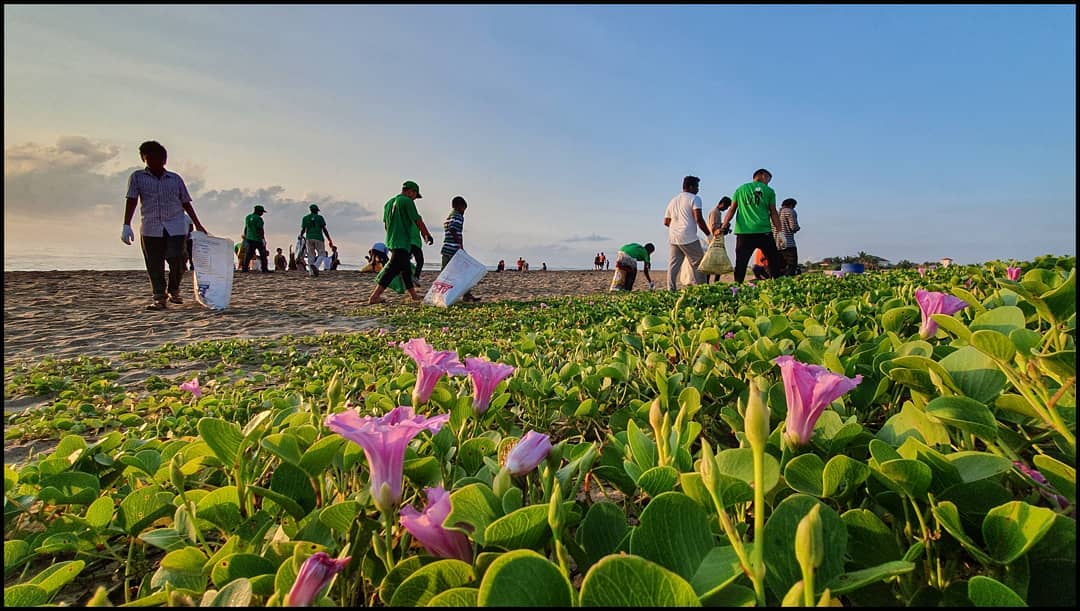 She has inspired many of the local residents to take up the cause of beach cleaning and maintenance. “There are two types of trash,” She tells us, “One type is the trash that is left behind on the way in and the other is the one left behind on the way out. So these are the two points we try to focus on for the placement of bins. But we do have to place them in other spots as well.” 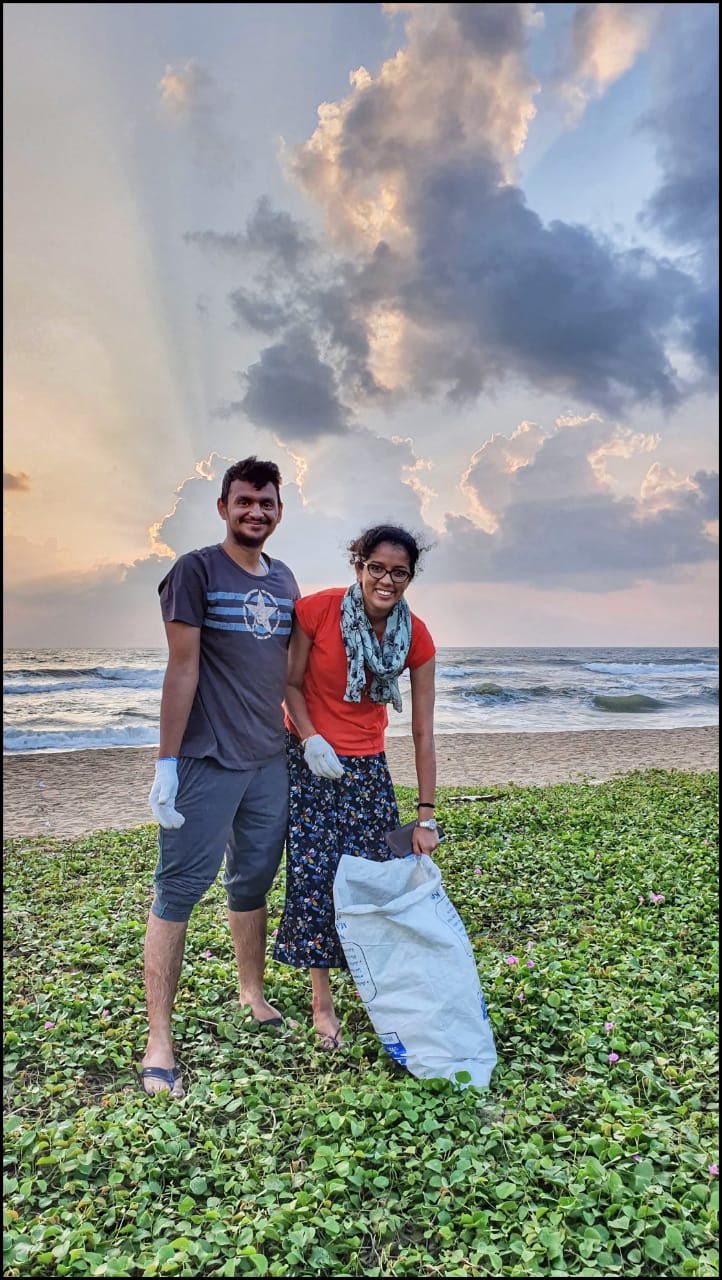 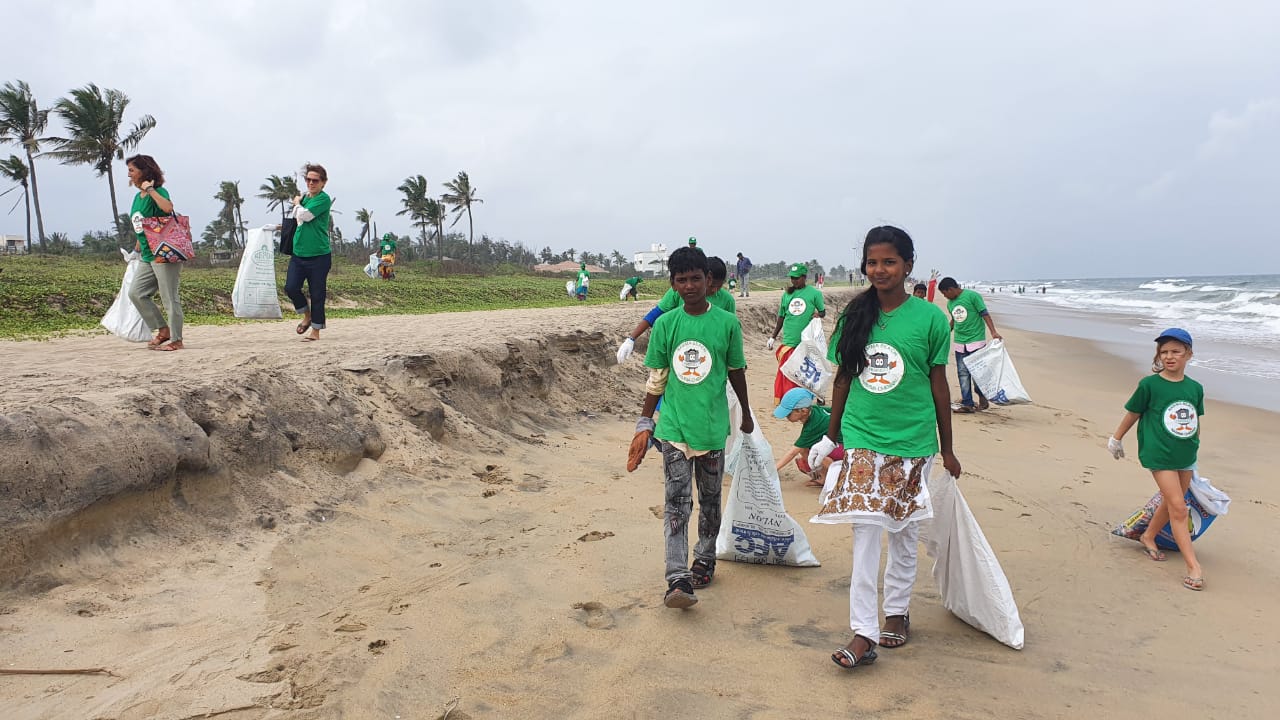 Virginie adds that she has seen a noticeable improvement in a span of 8 years. People are now practicing cleanliness on the beaches along ECR, on their own without external intervention. 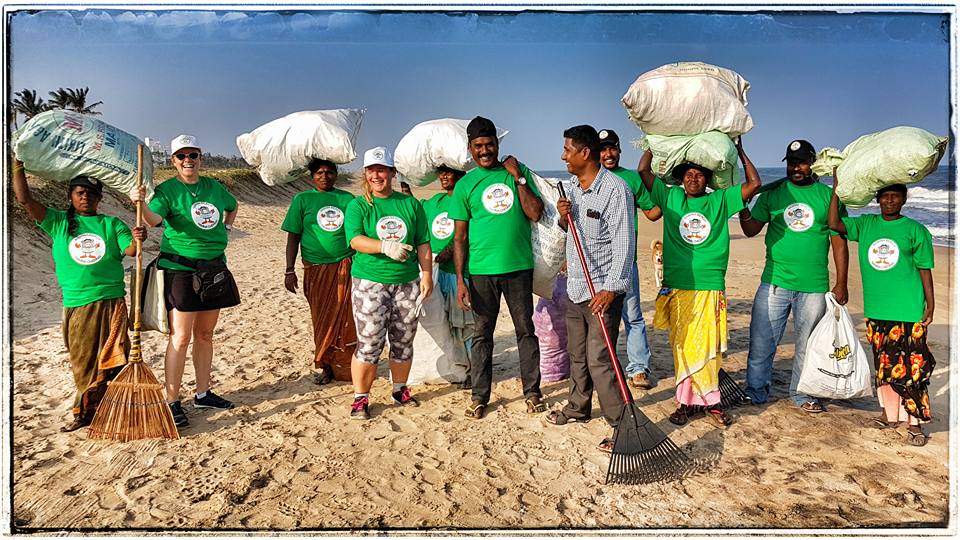 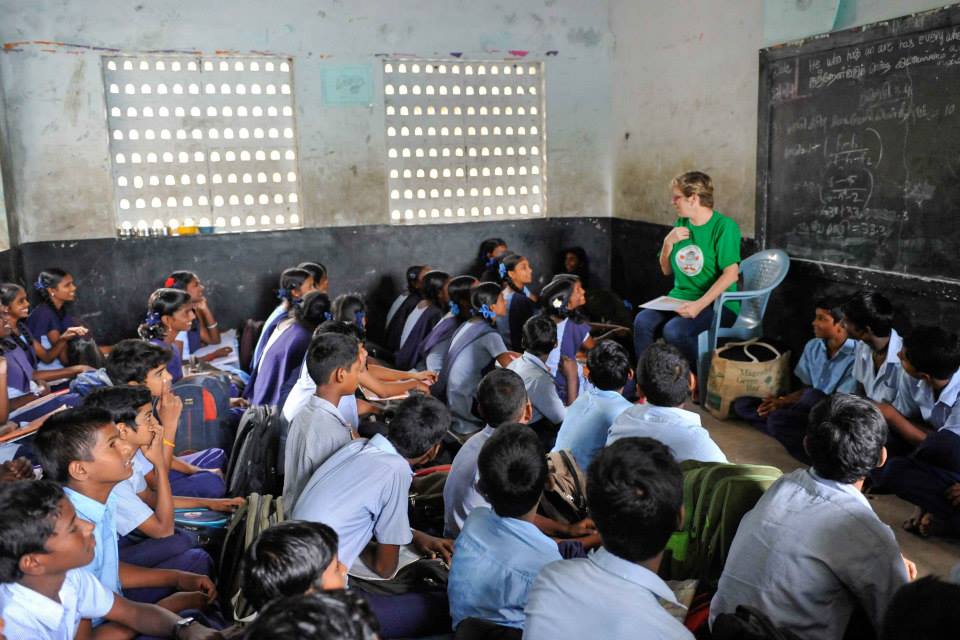 “Namma Beach Namma Chennai” continues to spread her message to future generations by visiting schools across ECR; Neelankarai, Thiruvanmayur and Kanathur, to name a few places.

This beach cleaning project was able to become a succes because the Chennai Corporation is involved in removing the garbage that the beach cleaning teams are collecting daily. 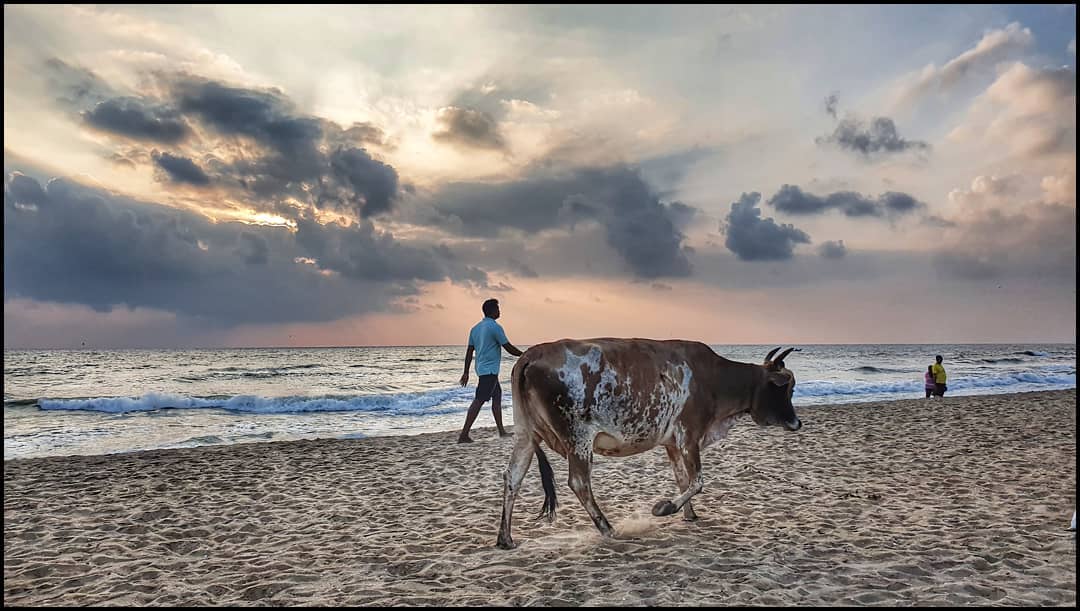 Virginie says that it may seem futile to many, that they clean the beaches only for others to dirty them again. But she stresses how these things should come as habit, like brushing one’s teeth every day. She also adds that our responsibility should come from a deeper understanding, an innate feeling of appreciation for the beautiful world that hosts us all.

We at Womens’ Exclusive salute Virginie, her volunteers and every local resident of Chennai who spends time in making the beaches and our world a cleaner and better place to live in. 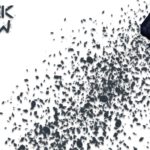 Natasha Romanoff A. K. A. Black Widow in The Avengers 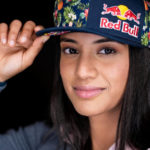