Womens Exclusive had the wonderful opportunity to speak to Shwetha Shekar from the cast of Aruvi. We asked Shwetha about her Journey into the cine industry and a few questions about her joys and trials along the way. Here’s what she had to say. 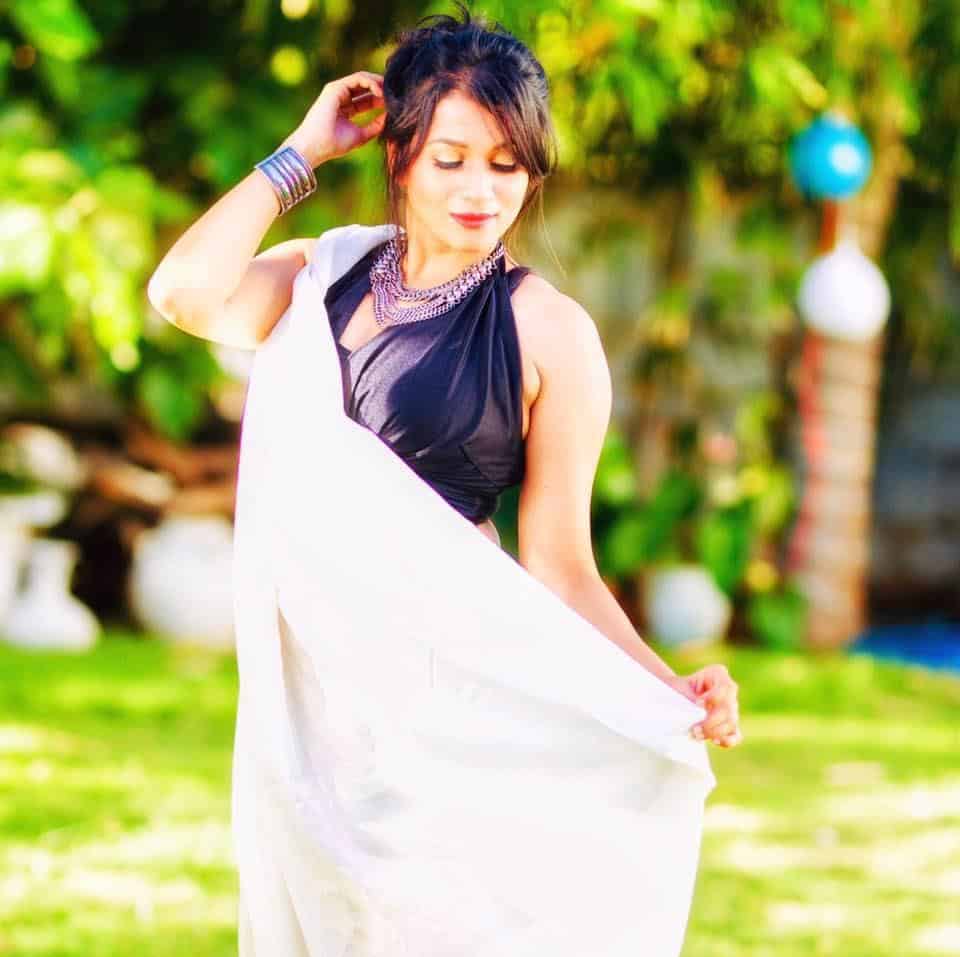 Tell us a bit about your childhood. What were your parents like and where did you live out your younger years?

Well, I was born in India but at the time my parents were settled abroad. So I was flown out of the country at two weeks of age. I’ve spent my entire childhood abroad in places like Dubai, Muscat and the United States. I even did my schooling abroad. My parents were wonderful supporters in helping mould my all round abilities. 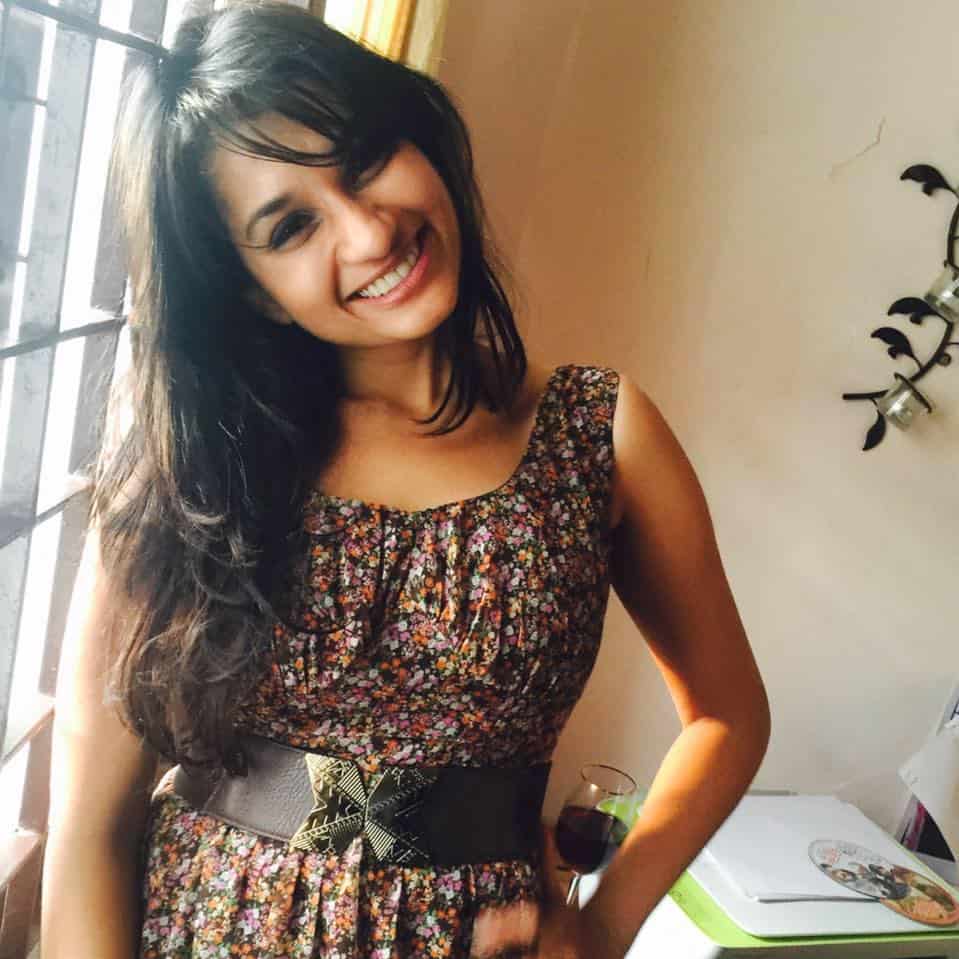 They ensured that I began music and dance lessons at the age of 3. However, discipline was always their top priority and even though I was active in extracurricular activities throughout my childhood, I was expected to ace my academics as well. I believe that this mix of discipline, focus on academics and the arts as well helped shape who I am today. It helped me mature at a very young age.

Another thing is that I was very scared to make deep connections because we moved around a lot and weren’t rooted in a single place. However, I find that this also helped me blend in nicely later and I was able to make friends easily with all the exposure I had from life in different countries. 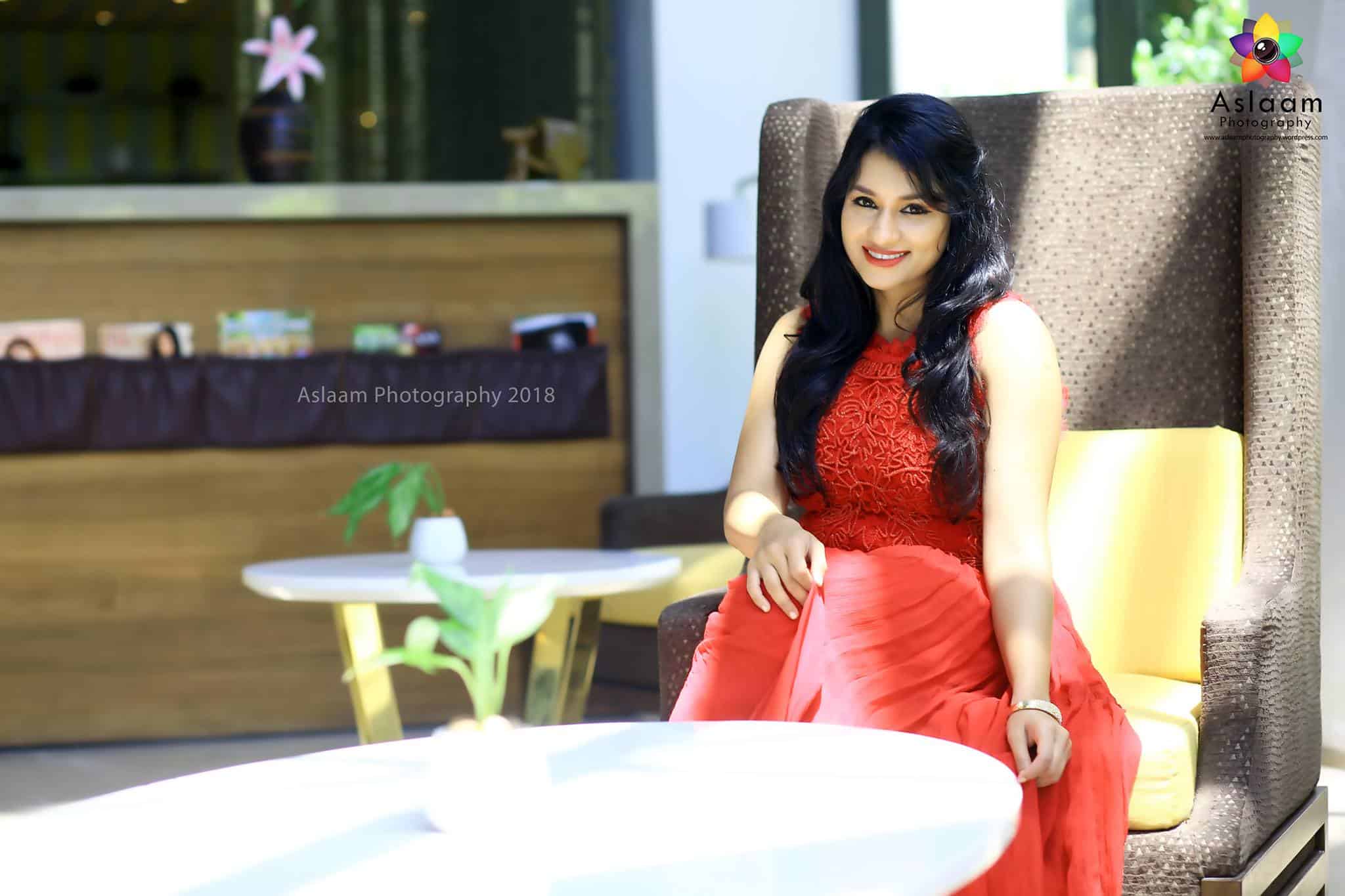 What about your studies? What did you specialize in?

I wanted to be a doctor but I went on to study Genetic Engineering, another passion of mine.

Apart from this, I have done my masters in Forensic Molecular Crime Scene Investigation in the United States. I worked as an intern and got to research into live cases as well. 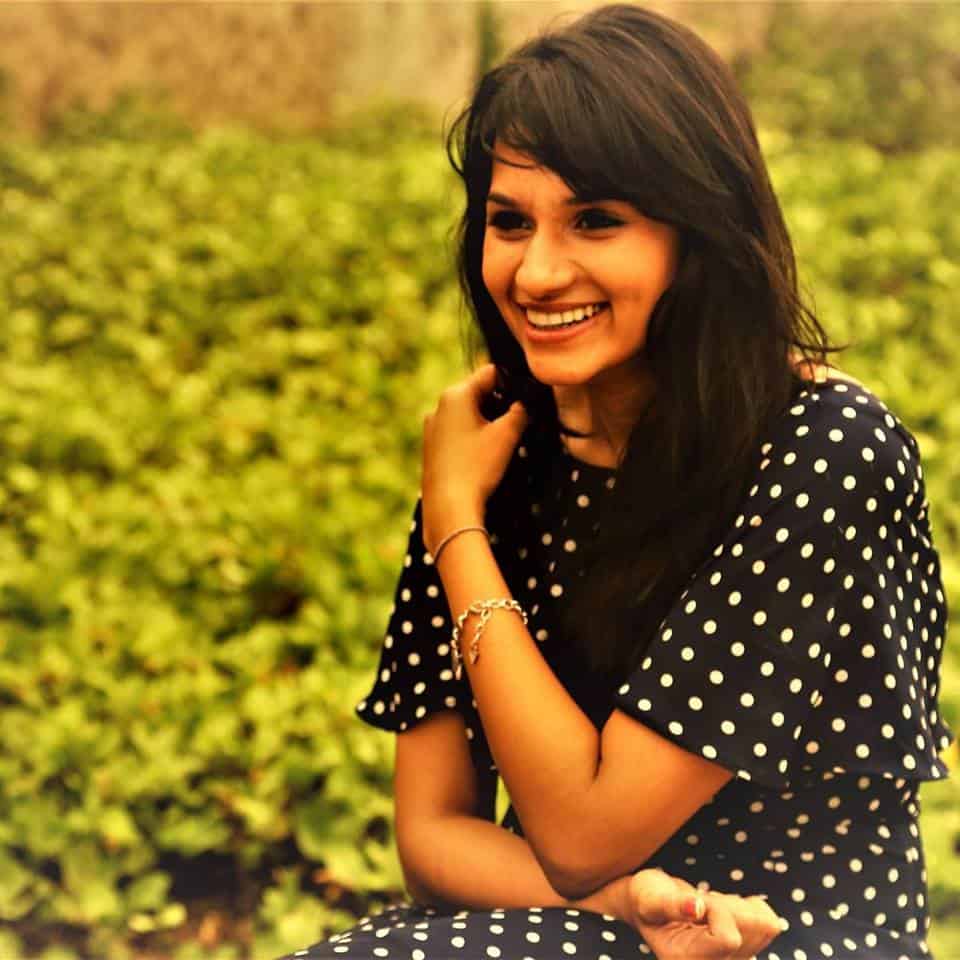 When did you decide to enter the Cine Industry in India?

Acting has always been a passion from when I was a young child. I told my friends and relatives many times that I would love to be an actress. Whatever work or projects I took up the call of the acting industry was loud and constant. There was no escaping it and I always knew on the inside that this was going to be my destiny.

My father warned me that this was a difficult industry for women to enter into safely. He often spoke about the many adjustments and compromises I would have to make as an actress. I did heed his words and I have always kept my principles while working in the industry no matter what.

When I was doing my masters abroad, I got to work with friends in the theatre department. This was a wonderful experience for me. 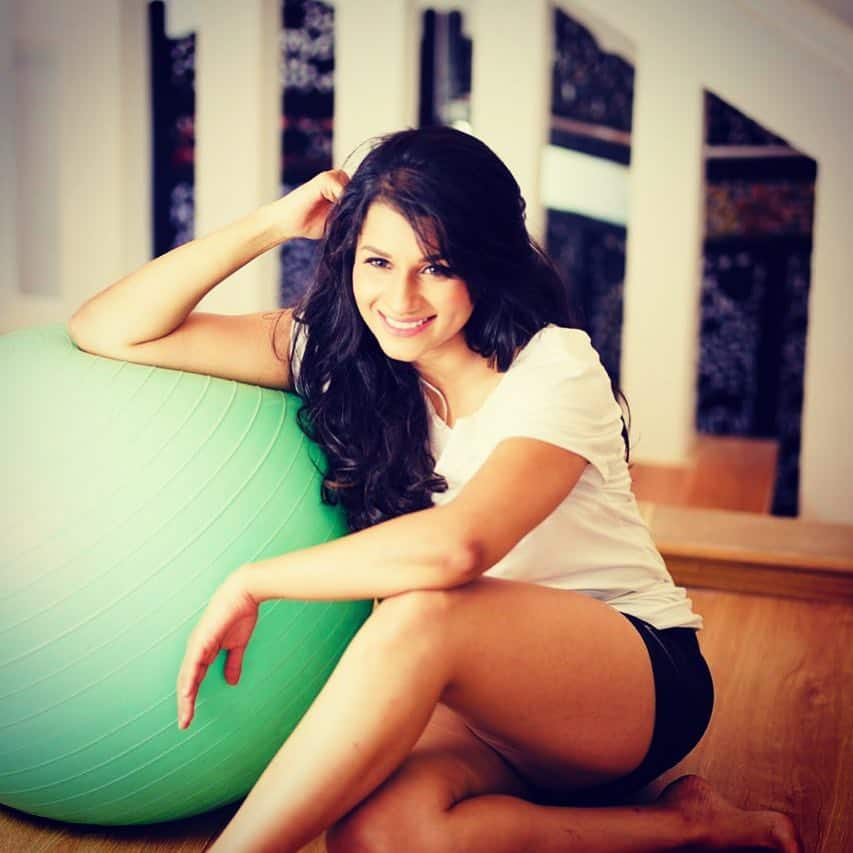 Later, my dad came to visit me for my graduation. We talked about my plans for the future before he returned. I still remember to this date when I told him my plans to return to India and take up acting, he was so shocked and surprised. It’s not that he did not support me but he was actually scared for me. He eventually realized that I was not making any decisions that were detrimental to myself as an individual.

I soon began to visit India and take up some projects during my study vacations. 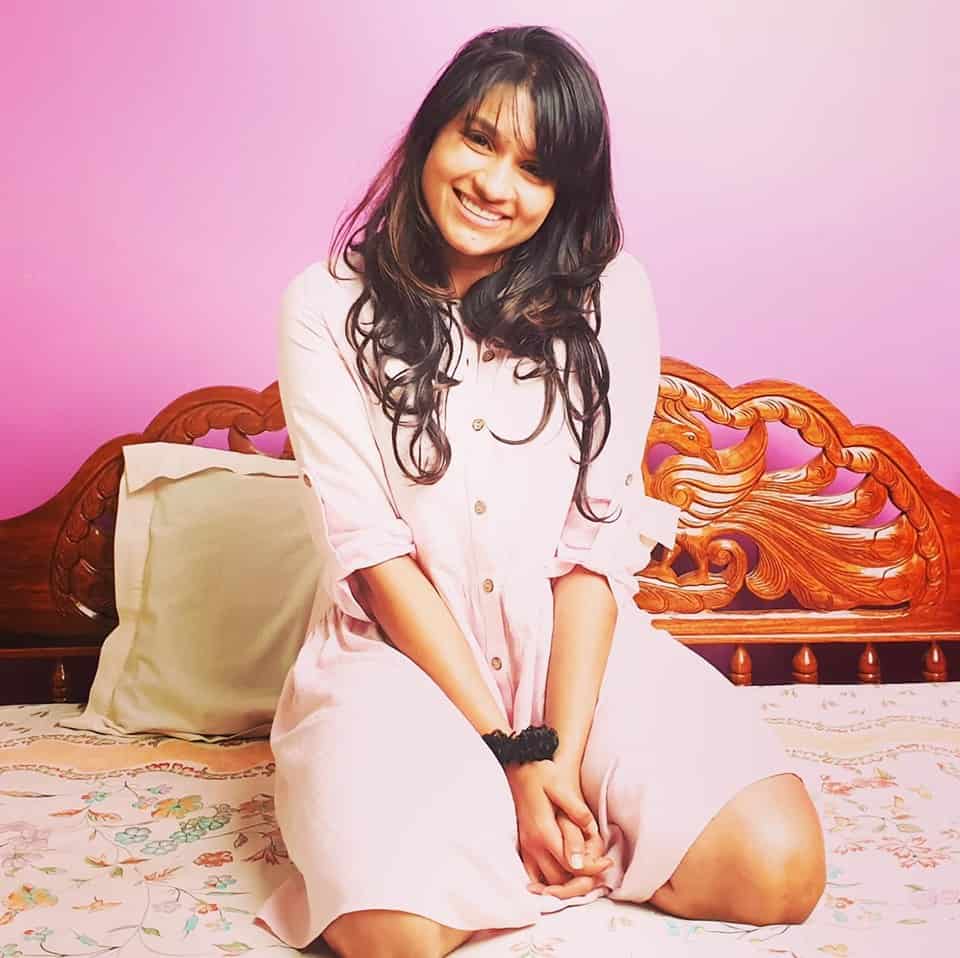 What were your first projects in India?

My 1st notable project was ‘Neethaane en ponvasantham’ with Gautham Menon sir. I also worked on many advertisements. I wanted to be independent at this point of time and I didn’t think it was fair to take any money from my parents. So I worked part time as a GRE and GMAT trainer. 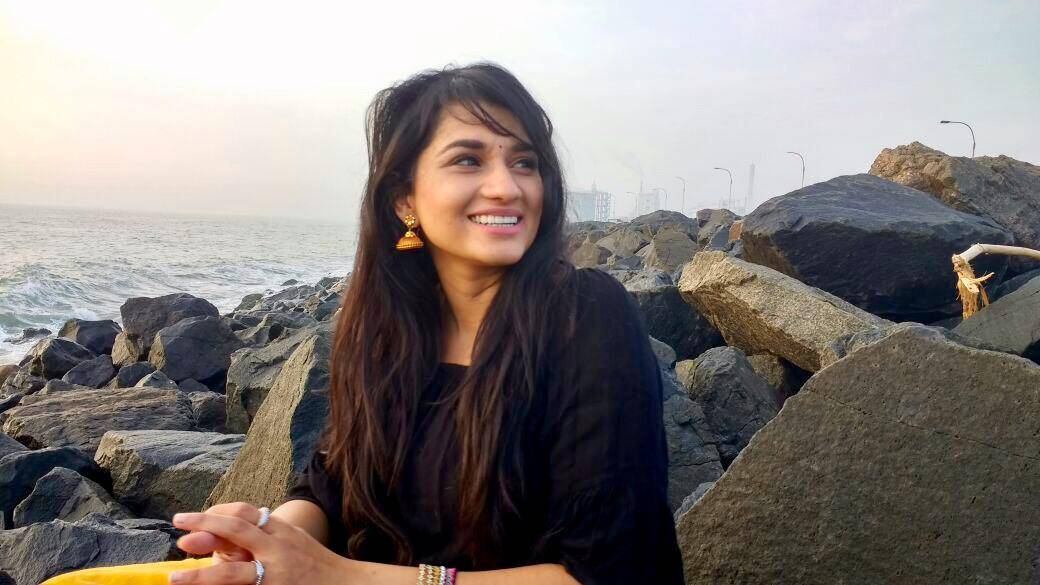 Tell us about some of the most memorable experiences you’ve had so far in the Cine Industry.

My best experience was being on the cast of Aruvi. This movie is very close to my heart, not only because of the message but also because of the people I worked with. I remember the movie was shot on a stringent budget but the technicians were brilliant and were able to pull it off to the best of their efforts. 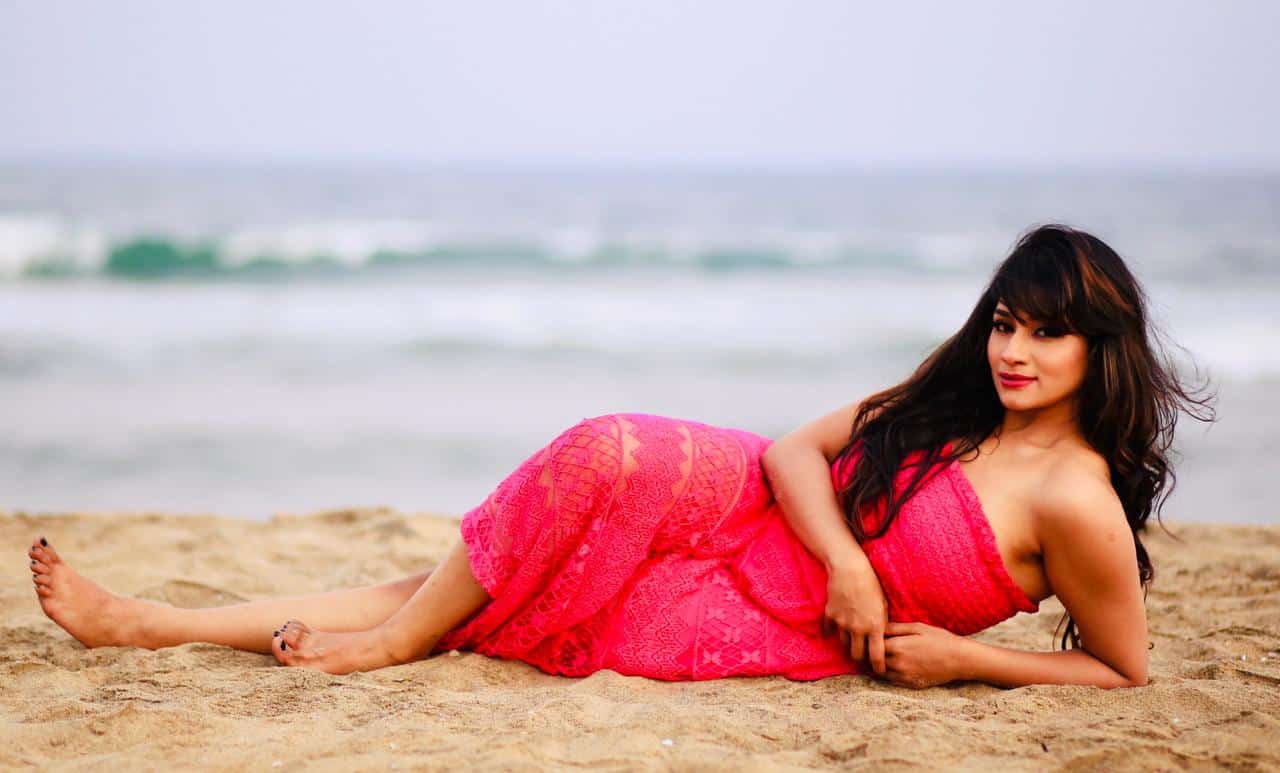 Next, I’ll have to mention ‘HER – the tale of a girl’ which was for a film festival. I also worked on a few ads in Bangalore recently and those were so much fun.

One of the most notable moments of my Cine life was getting to meet A.R. Rahman. His music has always dazzled me right from my childhood. He released an album for me and I was absolutely starstruck when I met him. He was so down to earth and I was able to have a wonderful conversation with him.  He’s truly an inspiration for me and it is a dream of mine to work with him someday.

Who else would you say inspires you?

Well I have always loved the Movies by Mani Ratnam sir and when it comes to Hollywood, I look up to Meryl Streep and Kate Winslet. They are such dynamic forces in the acting industry and such powerful role models for women. 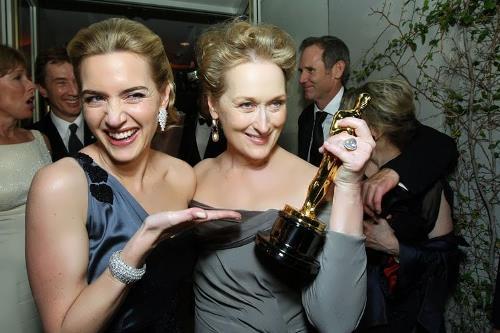 Tell us a bit about your take on health, diet and nutrition as an actress.

I am a staunch vegan but this has nothing to do with my acting career in particular. It is a personal choice. I am very particular about getting the right supplements for my body. I think being a vegan makes it easy to maintain my weight. I just feel so light and active all the time after my transition from vegetarian to vegan. 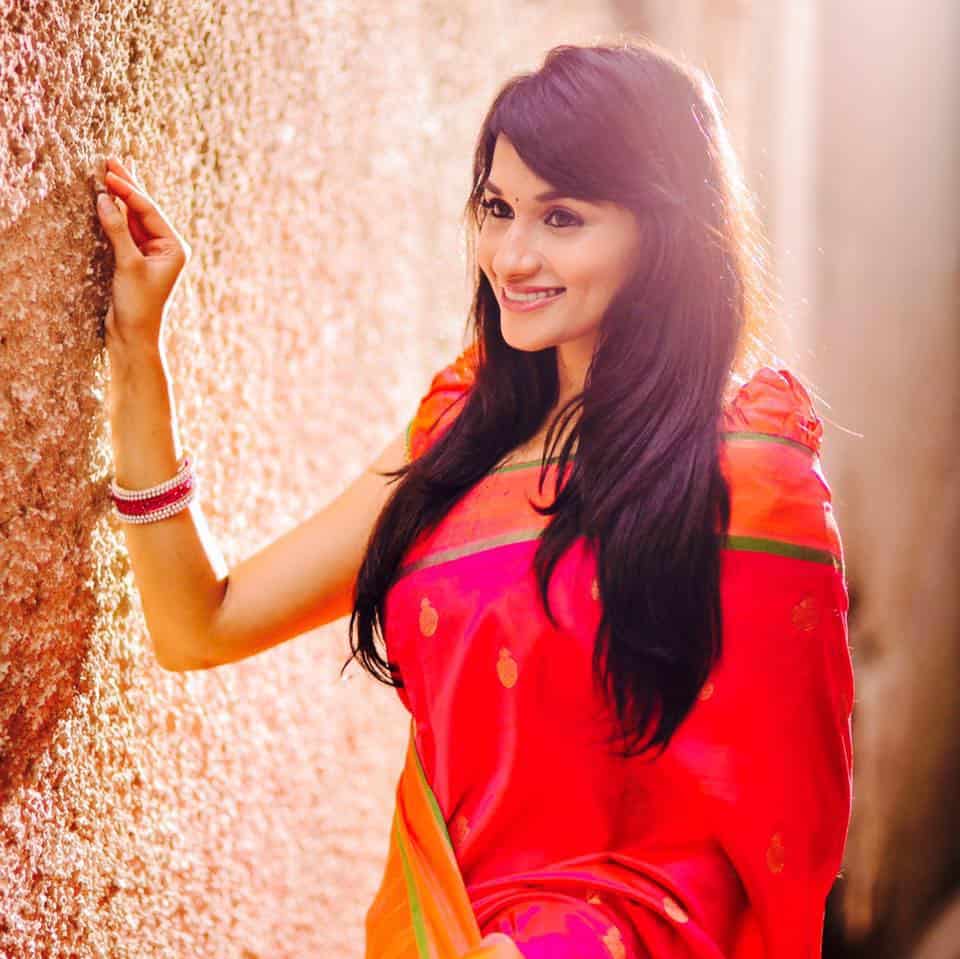 I’ve always been on the chubbier side but I am able to cut down on weight gain with proper amounts of exercise. I am a classical dancer and I often practice Zumba as well.

Another activity I take part in is MMA (Mixed Martial Arts). Not only is it great for my physical strength but it also acts as a huge stress buster for me. 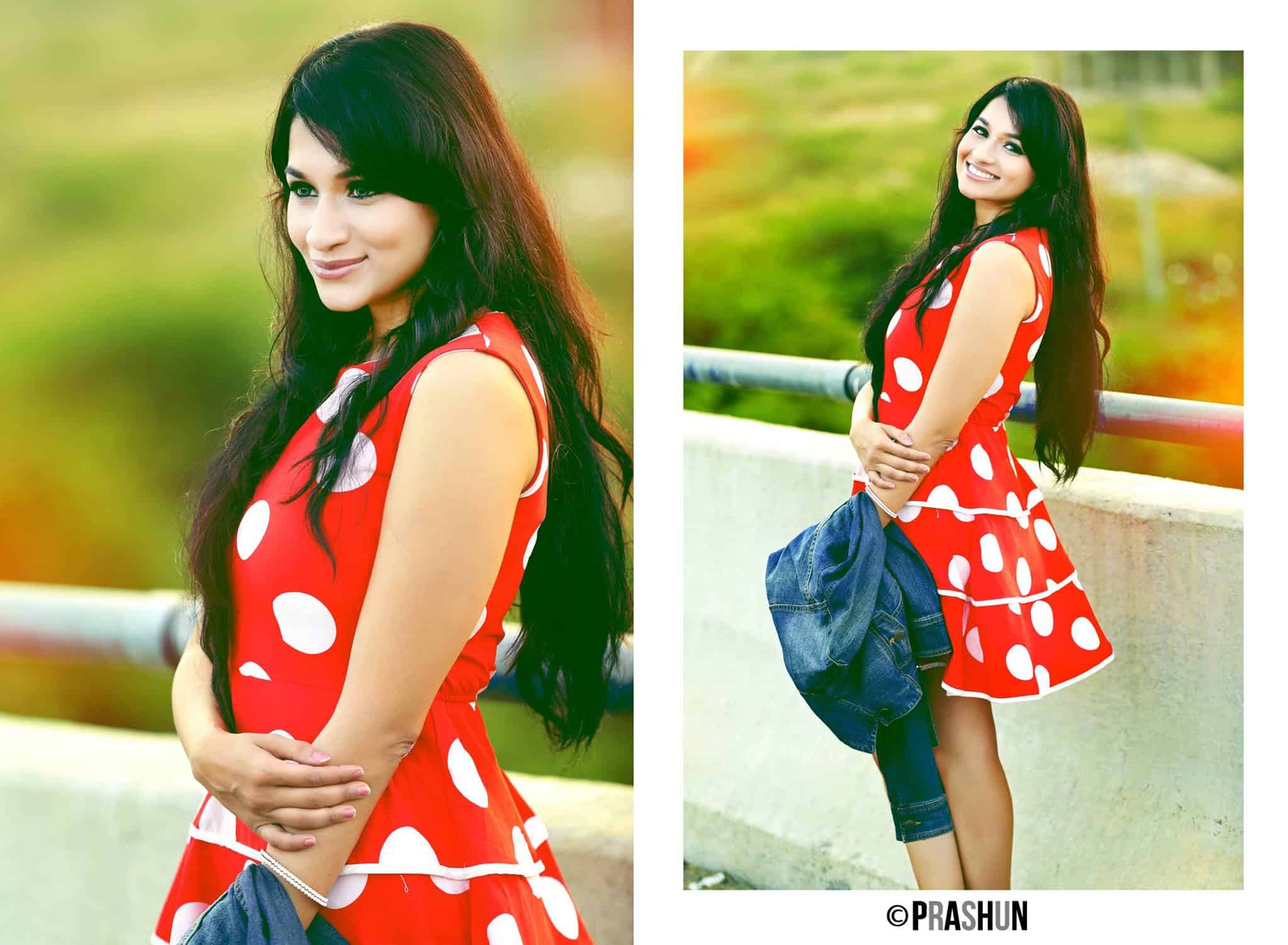 What would you say is the most important thing you’ve learned along the way?

The most important thing I’ve learnt is that I have to stay true to myself. I like to pick and choose what projects I work on and I don’t work on anything unless it speaks to my soul. I think this is very important for modern day actresses. It’s okay to work in roles you’re comfortable with but it is always good to be aware of who you really are on the inside. I’ve also learned that it is very important to have some type of spiritual connect with yourself. 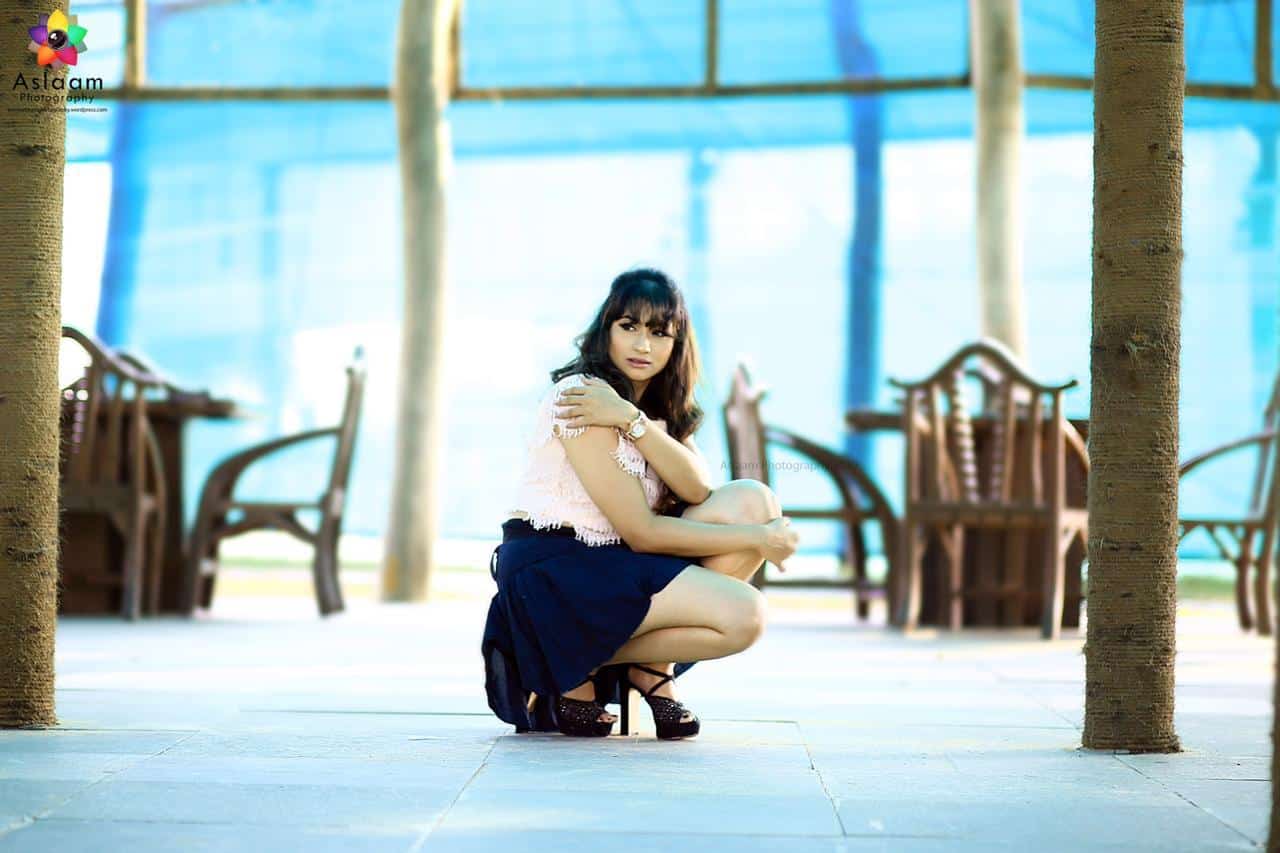 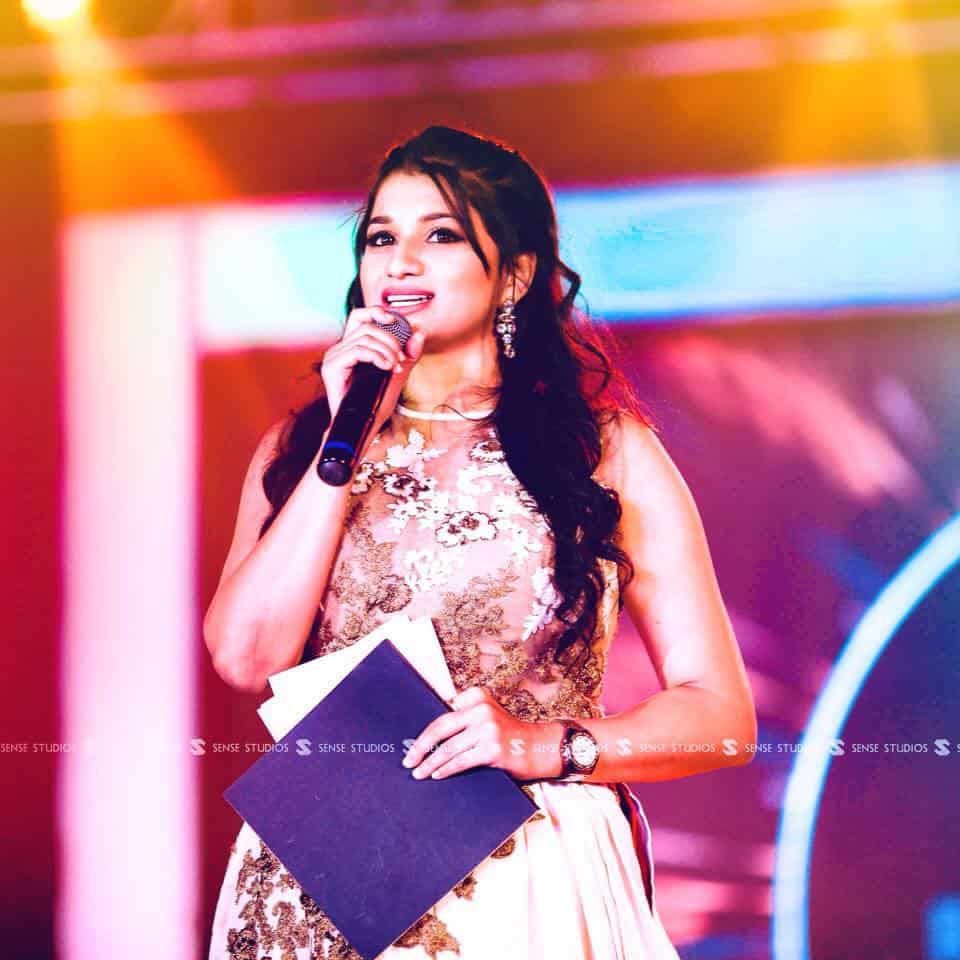 What advice would you give to youngsters who want to set out on a journey similar to yours?

Nothing beats confidence. Believe in yourself and work hard. Things will fall into place at the right time. Always be focused, explore your strengths and keep persevering.

What are your aspirations for the future?

I cannot give you just one answer for that. I’d love to go on working in the Cine Industry and I look forward to working with some great individuals who can teach me more about this field. At the same time I want to make sure I am giving back to the community. I have been active in funding charities in Pallavaram and I also work with promoting women’s education. 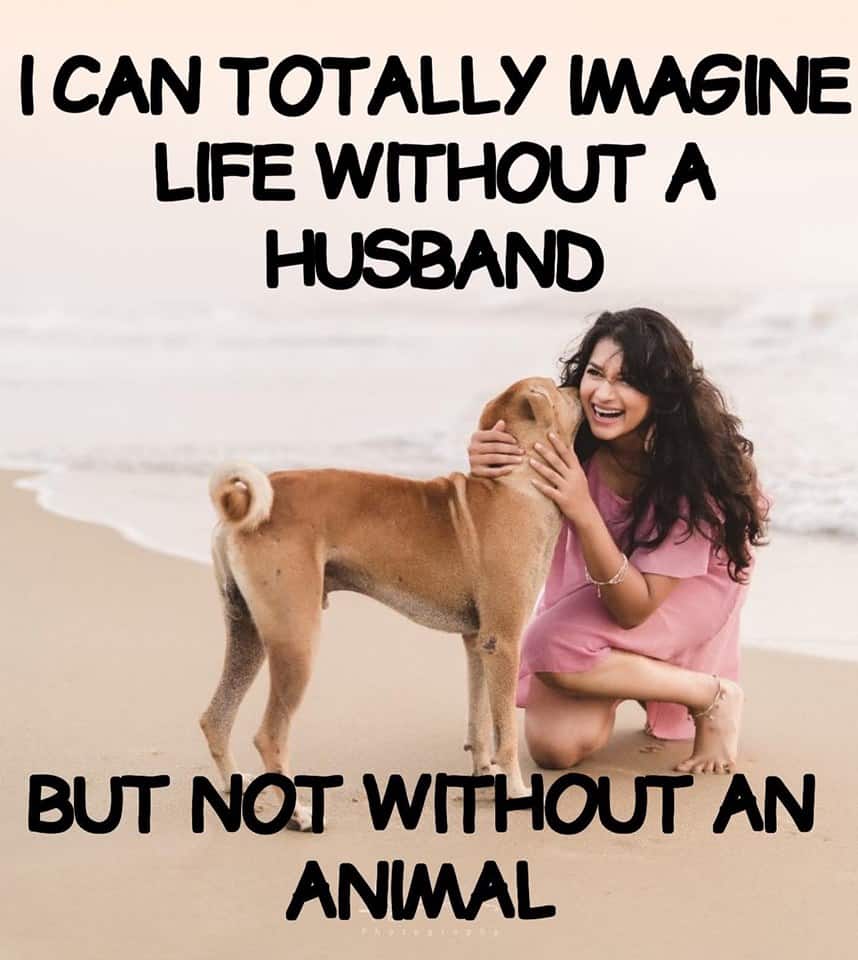 I am very active in helping animals, especially strays. I help in fostering animals and would like to give more to organizations that work with the voiceless. 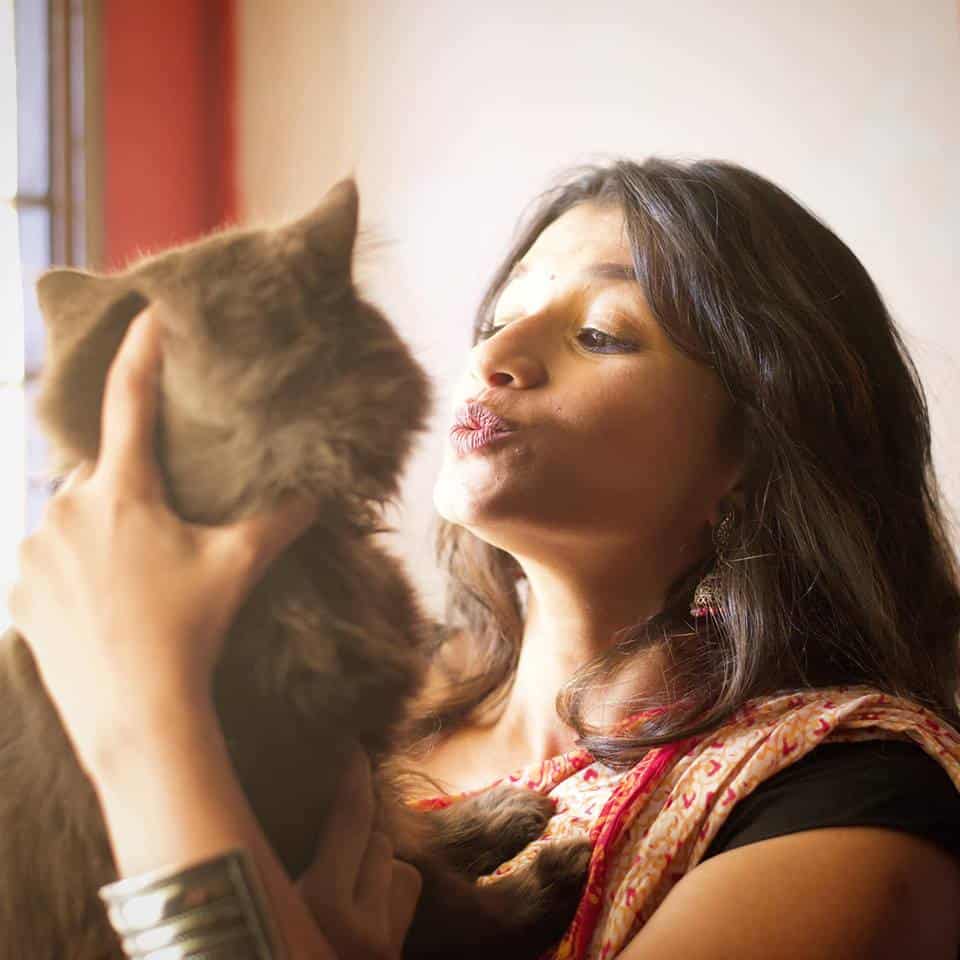 I’d also love to work on projects or with people who are focused on improving the social psychology of the nation. And when I say this I mean not only me, but that the youth of the nation will step up together in an organized way to help our country go beyond just politics and look at humanity as one, without discrimination. 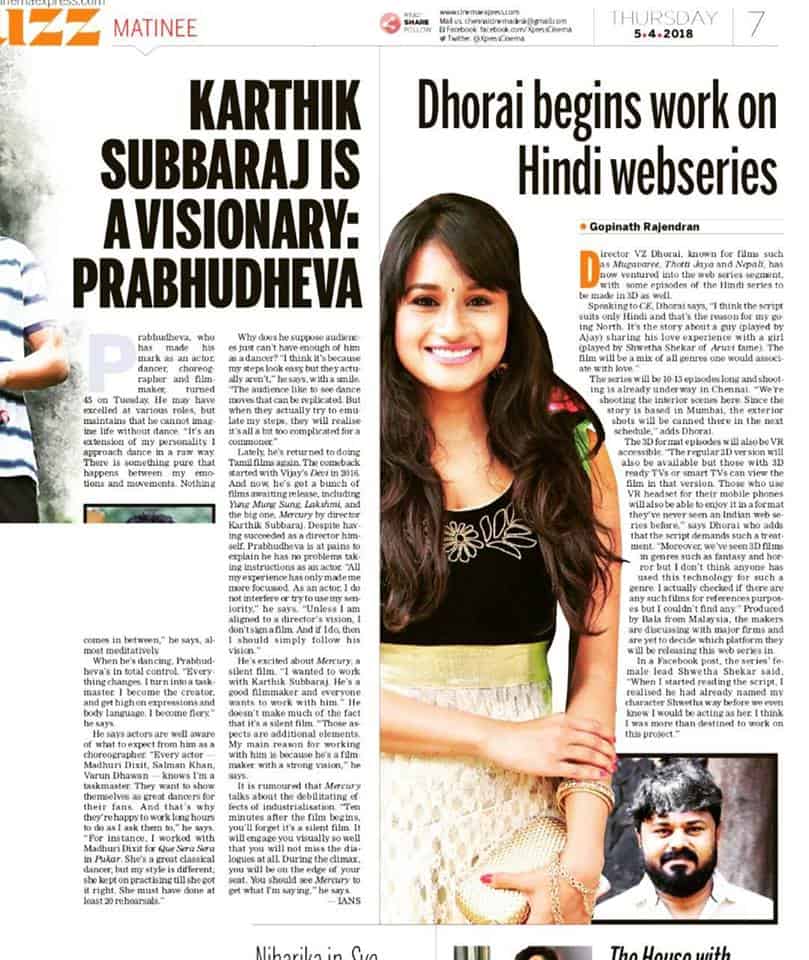 Shwetha Shekar ended the interview by telling us she’s just very excited about life in general and we are also excited for her bright future in the Industry! We thank Shwetha for spending time with us and telling us about her journey and wish her the very best of days ahead. 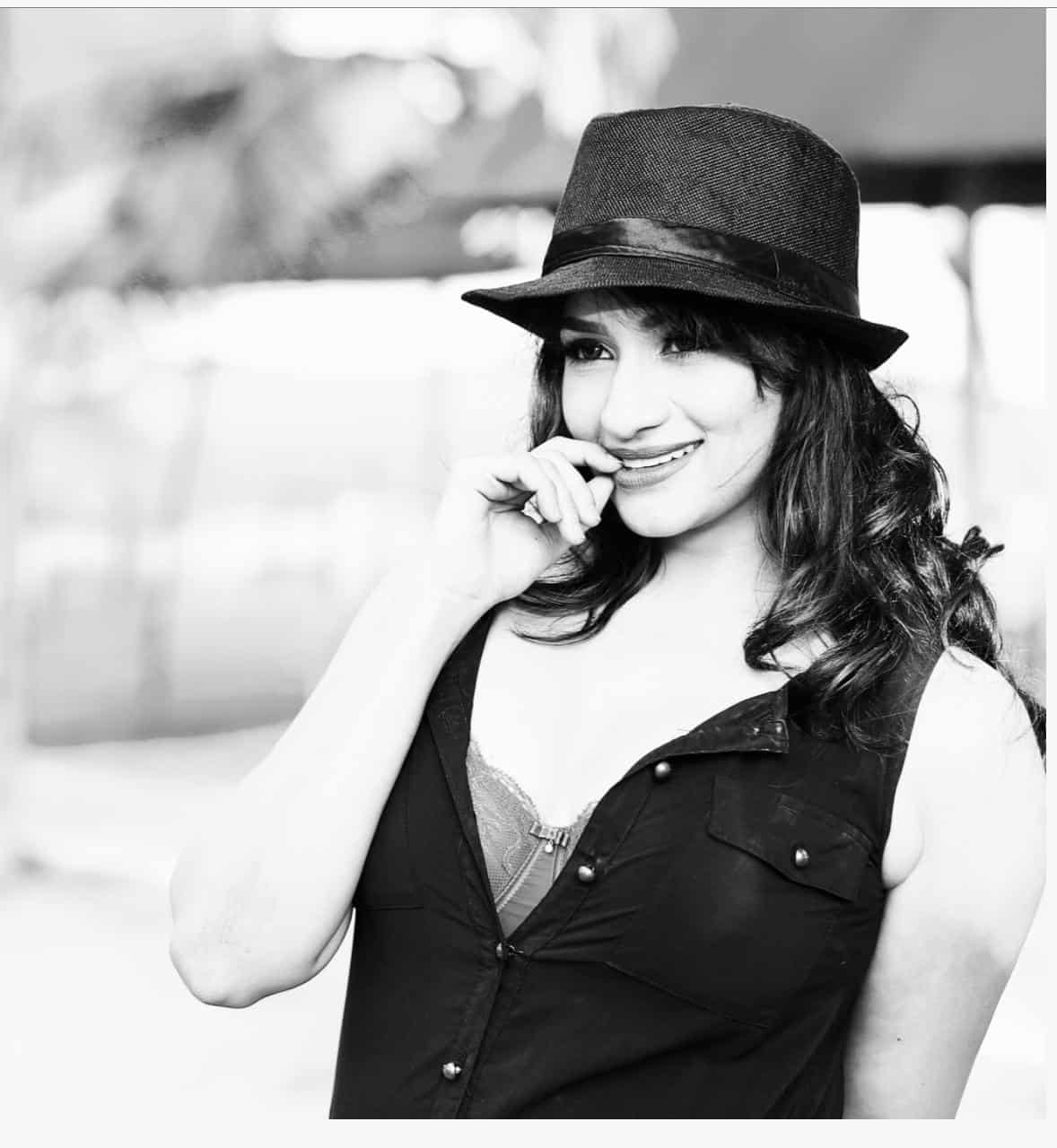 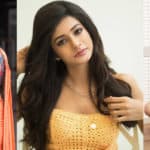 A tale of triumph – Mona Jain speaks to Women Exclusive 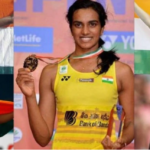 Five Sportswomen Who Have Made India Proud In 2019