Share on Facebook Share on Twitter Pinterest Email
At last, having completed
106 days, we have come to the last day and getting ready to watch the climax.
Isn’t it a great pleasure watching the final day celebrations and memorable moments to keep in mind till the next season? 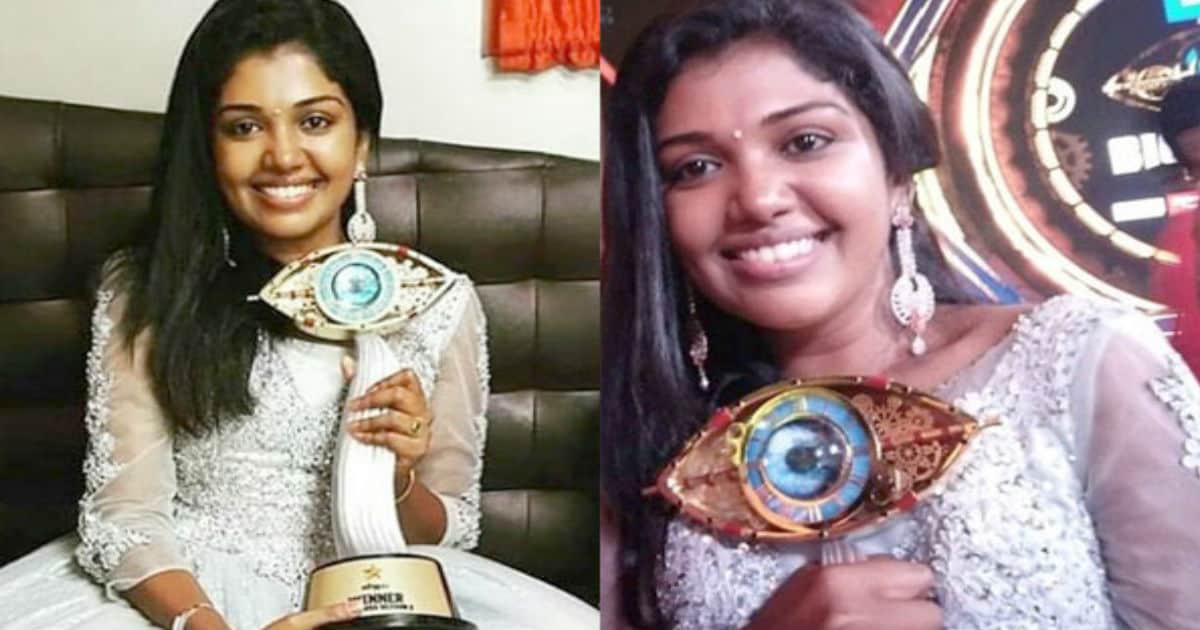 The programme started with karagattam which represents our Tamil culture. After that Kamal Hassan had a talk with the 3 finalists inside the house through  Agam TV. Then started a great dance programme in which all the evicted contestants of BB2 gave their performances with the dancers & it was catchy. The next programme was a scoop show presented by VIJAY TV comedians imitating BB2 contestants which made everyone laugh, laugh, laaaugh… And it was awesome to see the expressions of the BB2 contestants when their real characters performed in the show. After that BB1 title winner, Aarav entered the house to bring one evicted contestant out of the three. He brought Vijayalakshmi out of the house and brought her to the audience. Vijayalakshmi shared her experience with Kamal Hassan and audience. 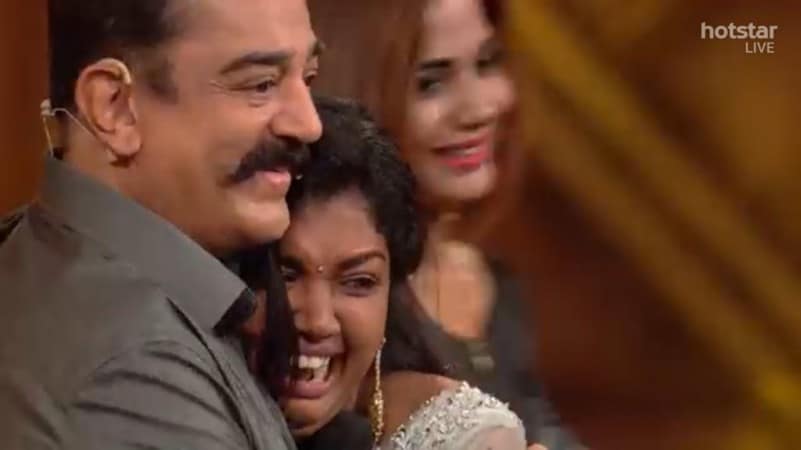 Then bb1 fame Oviya gave entry and made the show chill. Audience shooted questions to oviya and she answered in her own cool and childy style. Then Kamal Hassan presented prices to some of the evicted contestants with a title. And Yashika gave the solo performance and it was the last item of the finale before the presentation of the title.
Finally, Kamal Hassan went inside the house, prepared Turkish coffee himself and served the two finalists and made them happy and feel them top of the world.  He brought both of them to the stage in front of the audience. The final moment was extremely excited and Kamal Hassan made it more thrilled with his own mannerisms by swinging both the contestant’s hands up & down. Suddenly he raised the hand of Rithvika & indicated she is the winner. What a moment it was for Rithvika in her life as she jumped & shouted with joyful tears. She received a special kiss from Aishwarya, the runner & hugs-greetings from other contestants. The grand finale came to an end, almost filling the hearts of the audience. 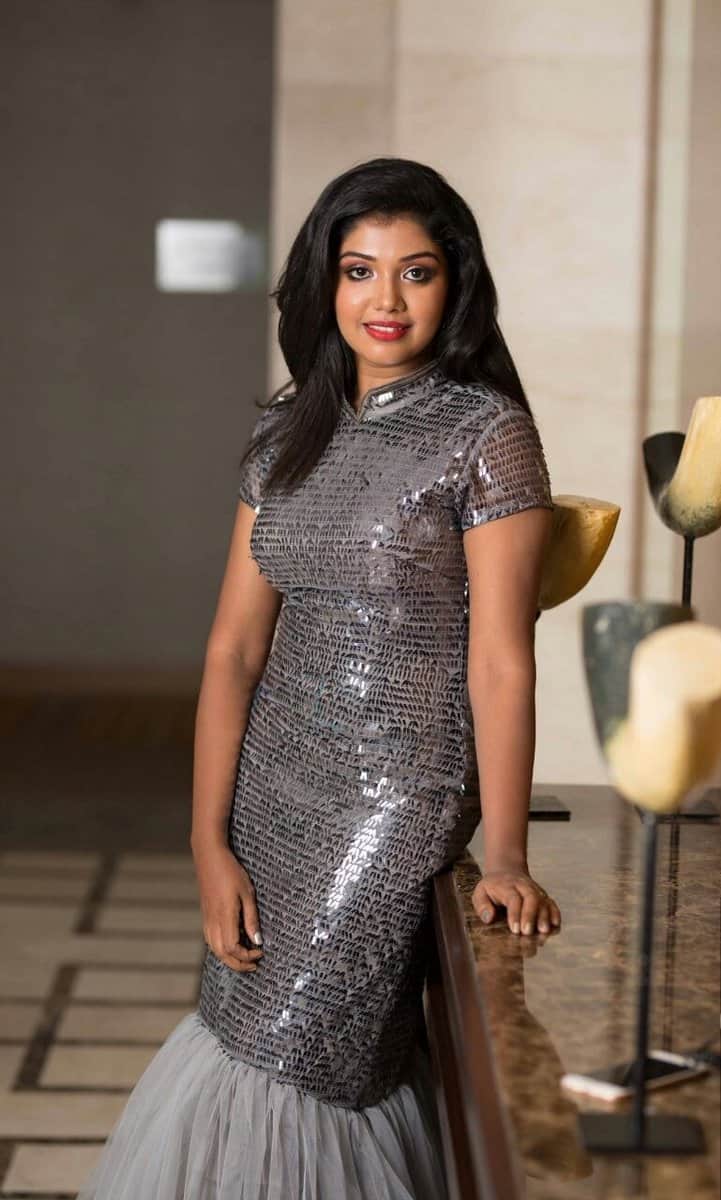 ABOUT RITHVIKA
Rithvika was born on the 7th January 1992 at Hyderabad. She studied in SIET college. She was attracted towards acting and she acted in some short films. She was known as karuthakanni in director Bala’s famous movie PARADESI. Then she got a remarkable role in the movie MADRAS directed by Pa.Ranjith  And she got the best-supporting actress award for the same in the year 2014. Her role was appreciated in the movies ORU NAAL KOOTHU and IRUMUGAN.  Let us wish Rithvika for her better future…… 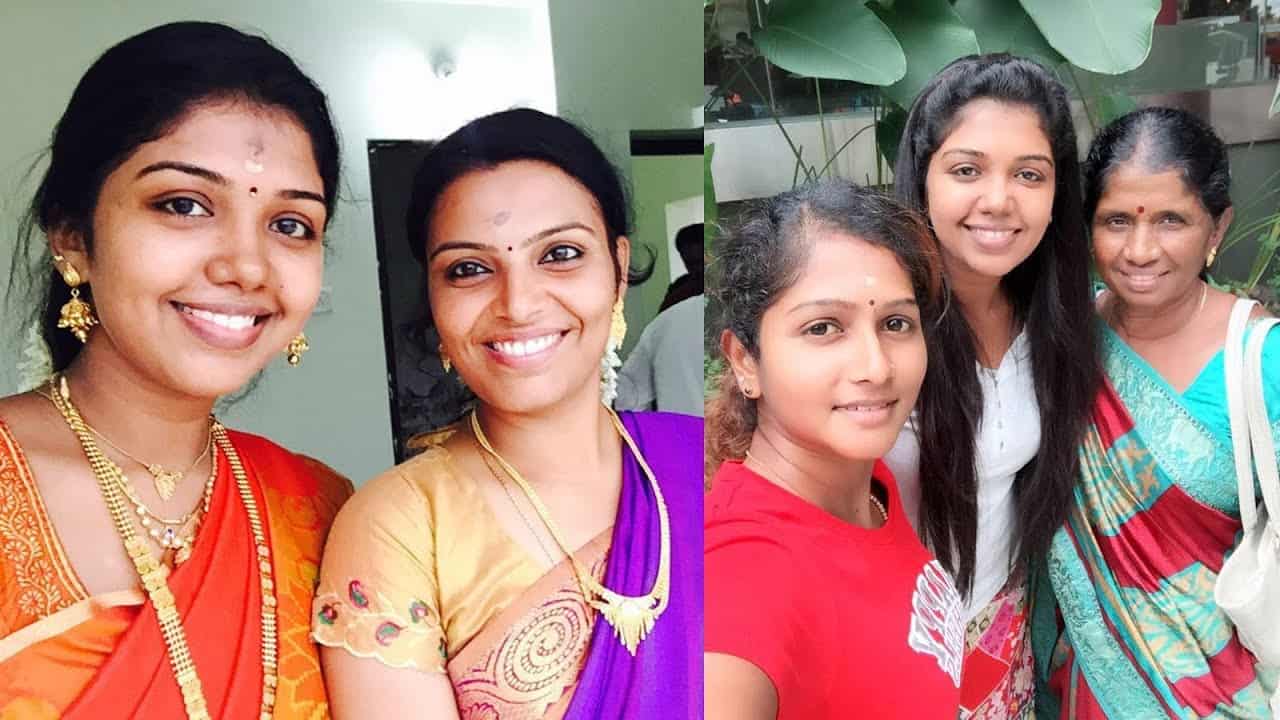 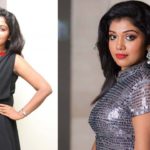 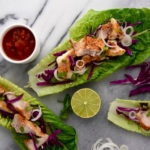