Lieutenant Bhavana Kasturi earned herself a rare honour when she led an army contingent at the 71st Army Day Parade on the 15th of January. She became the first woman to lead an army contingent in the parade. She is a part of the Army Services Corps Contingent which is an important division in the military that handles the logistics behind the Army’s most crucial supply chains.

Lieutenant Kasturi led the contingent comprising of 144 jawans. The contingent itself was making a comeback to the parade after a long gap of 23 years. The appointment of Lieutenant Bhavana Kasturi comes as a shot in the arm for women in the army as more and more prejudices in the military corps are being eliminated.

Another woman who stood out at the army day parade was Captain Shikha led a contingent of 33 men who made a pyramid formation that was supported by 9 synchronized bikes.

Both lieutenant Kasturi and Captain Shikha will be back to participate at the Republic day parade coming up on 26th January in full view of the entire nation.

The advancement of women in the army has been prolific in recent times, with more women opening up new doors for themselves in the armed forces. With each glass ceiling they shatter on the field and off it, the old prejudices and restrictions in the army will no longer have any place. Making way for a future without unjust male dominance. 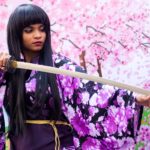 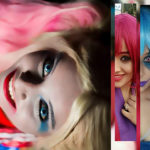